Interest grows in One Ocean 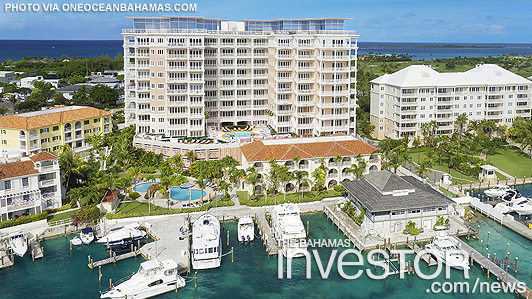 Interest is growing in the newly renovated One Ocean condominiums on Paradise Island, as developers put the finishing touches on the project's design and prepare to open model units in May.

Interest is growing in the newly renovated One Ocean condominiums on Paradise Island, as developers put the finishing touches on the project’s design and prepare to open model units in May.

Replay Resorts acquired 52 unfinished units in the former Ocean Place condominiums in July 2015 and began extensive renovations to the property. According to Replay’s director of marketing and sales Greg Ulmer, the developers will invest around $20 million in upgrades and improvements and there has already been considerable interest from potential buyers.

“We started to get a lot of phone calls. There is such demand on Paradise Island, and no real new inventory. Our units are brand new and there is nothing like that.”

Replay unveiled eight completed units in its first phase. Ulmer says seven of those units have been sold, and there are reservations on a further 10. The company intends to make three model units available for viewing in May and, according to Ulmer, buyers could be in residence by the end of 2016.

When complete, the project will also include eight penthouse apartments overlooking Nassau harbour. “These could be some of the best residences in the Caribbean,” says Ulmer. “You have unobstructed views from 12ft glass walls.”

Prices for penthouses will start from around $3m, while units range from $750,000 to $2m. All units have been completely refurbished with furnishings sourced from all over the world.

“Everything is getting completely redone,” says Ulmer. “We went for a contemporary style. We looked at four different design concepts until we found what we liked – kitchens from Italy, doors from Germany, tiles from Italy. We are able to put in five-star quality products. We have spent a lot of time on the design.”

“We are keeping it clean and very contemporary. To give it a very serene feel. It is designed for the resident or second-home owner rather than short-term rentals.”

Local contractors and more than 150 Bahamian workers are on site at ONE Cable Beach, a luxury condo project by Aristo Development.

Major US tour operator Vacation Express has announced that it hit a milestone of 25,000 visitors to The Bahamas last year. Watch an interview with senior marketing manager at Vacation Express Elma Placerers Dieppa.