American Airlines employees at Lynden Pindling International Airport in Nassau have been awarded the Customer Cup for the third quarter of 2015.

American Airlines employees at Lynden Pindling International Airport (LPIA) in Nassau have been awarded the Customer Cup for the third quarter of 2015.

The Customer Cup award is categorized by market size from largest to smallest airports according to flight activity. The award recognizes employees for providing excellent customer service at the airport.

LPIA was awarded the Customer Cup for demonstrating the strongest performance and exceeding two out of five metrics, including Customer Complaints and Overall Airport Experience.

LPIA competes for this award against international airports with a similarly sized operation.

“We are very proud of winning the Customer Cup award for the first time, as it shows that our customers recognize the hard work and the commitment of our team at Lynden Pindling International Airport to provide excellent customer service,” said Caroline Hollingsworth, American’s general manager for The Bahamas.

“Our team will continue to work hard to deliver excellence and to bring the Cup back to Nassau.”

The celebration was held at the Mosaic Restaurant in Atlantis Paradise Island. 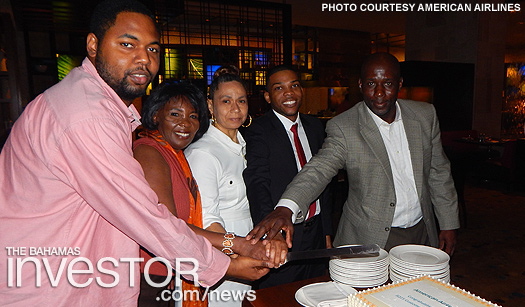 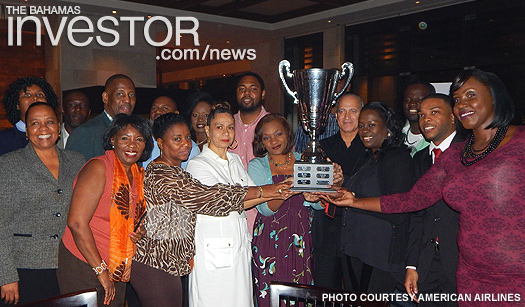 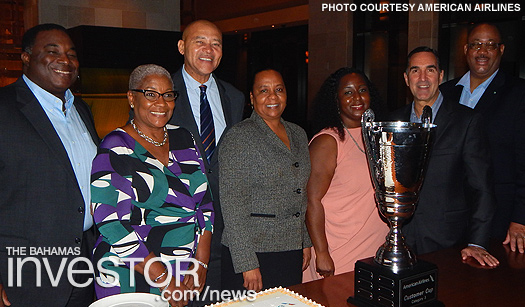 The beachfront and marina community of Palm Cay on New Providence's southeastern coast has unveiled a new design for its residential offerings – two and three bedroom single level condos for under $500,000.

The Bahamas Ministry of Tourism is delighted to announce that The Islands Of The Bahamas was recently named 2015 Leading Wedding Destination at the World Travel Awards in Morocco.