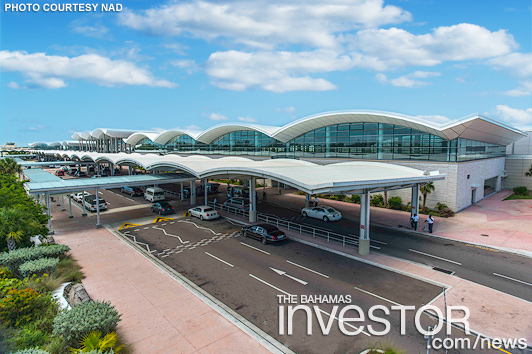 Officials estimate some 90,000 passengers will move through LPIA’s three terminals November 27-December 2 as the peak travel season kicks off with US Thanksgiving.

Another surge in passenger traffic is expected between mid-December through to New Year’s Day.

Key consideration will be given to ongoing runway works at the country’s major gateway.

In June, NAD partnered with BHM for major rehabilitation on Runway 09/27 (soon to be Runway 10/28) and Taxiway India at LPIA. The works include the rehabilitation of the asphalt pavement surface to extend the life of the runway, in addition to the installation of new lighting.

Vernice Walkine, president and CEO of NAD, estimates that the runway works will be completed before the end of the year even as the airport team prepares to meet the increase in traffic.

“After coming off of a strong October with 126,575 passengers representing a 6.29 per cent growth year on year, we are anticipating solid numbers in November, December and into early January. For the high season, our goal is to work closely with various stakeholders to mitigate challenges that may result from the increase in traffic. We want to ensure a positive passenger experience for all of our users,” she said.

“Throughout Thanksgiving, LPIA will operate as a single runway facility as we continue our efforts to improve the airport. We operated quite effectively during the peak summer days with all stakeholders doing their part. Contingency plans remain in place for the runway rehabilitation project ensuring that our airport runs in a safe and efficient manner, meeting all international safety standards.”

Passenger overall wait times in terminal will factor heavily in the discussions among stakeholders. Particular focus will be placed on managing the flow in pre-security clearance areas, US Customs, Bahamas Immigration and Bahamas Customs during the peak periods of 12pm-3pm.

Airport Authority will fully staff screening areas at LPIA, with processing beginning at 5:15am to accommodate early morning flights. Air Traffic Services has also committed to scheduling sufficient team members to efficiently manage commercial and general aviation arrivals and departures during peak periods.
Passengers should arrive at LPIA three hours ahead of US-bound flights and two hours prior to international and domestic flights.

Travellers are also encouraged to communicate directly with their airlines for the latest flight updates and visit nassaulpia.com or follow @nassau_airport on Twitter for operational updates from LPIA.

Royal Caribbean Cruise Line says that Perfect Day at Coco Cay is now the company’s number one destination worldwide and that it will be bringing 2.4 million passengers to its private island next year. Watch a ZNS interview with president and CEO of Caribbean International Micheal Bayley here.