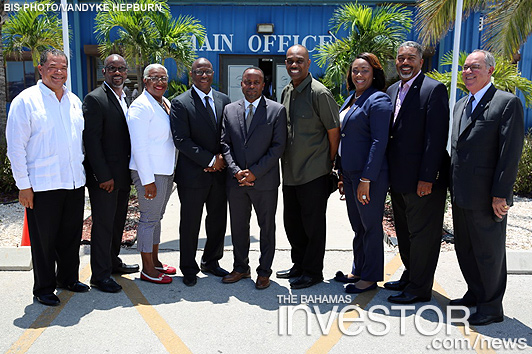 Minister of State for Grand Bahama Kwasi Thompson was joined by a number of government and Parliamentary colleagues during a tour of Grand Bahama Shipyard recently.

The tour came following a meeting by the team and executives from the shipyard, where discussions on the success of the shipyard, the apprenticeship programme and the future of the maritime business in Grand Bahama took place.

Minister Thompson noted that the visit to the shipyard was the first step in the government’s goal in understanding the business opportunities available for Bahamian entrepreneurs.

“We are also pleased to continue to work with the shipyard on its apprenticeship programme, which is specifically designed to introduce the business of repair to our young people and to ultimately employ them in the yard.”

“I have been advised that there are just under 70 apprentices in the programme; some are in their fourth year and are working full time in the yard.”

“I am also advised that there are well over 600 Bahamians working in GB Shipyard between permanent employees and sub-contractors.”

Minister Thompson noted that the government continues to encourage the employment of qualified Bahamians at GB Shipyard.

He noted that during their meeting with shipyard executives, before the tour, there were fruitful conversations with respect to employment of very qualified individuals at the Shipyard.

Minister Thompson also took the time to congratulate GB Shipyard for being the largest ship repair facility in the world.

“This is something that we here in Grand Bahama can be very proud about,” said Minister Thompson. 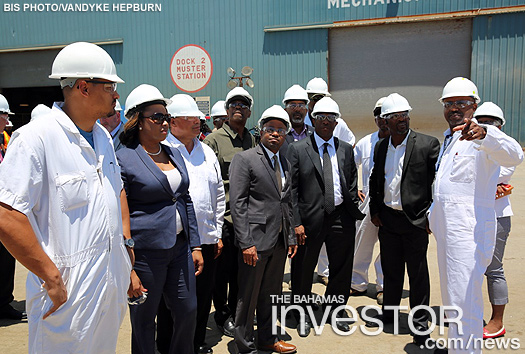 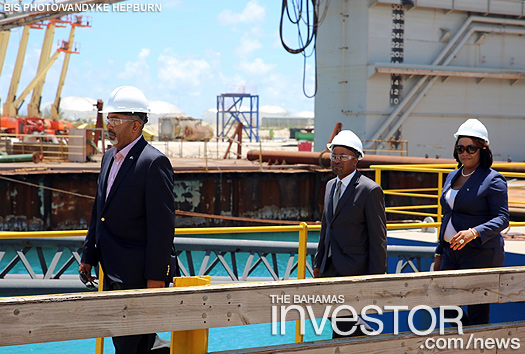 Global Finance magazine has named Scotiabank as the 2017 World's Best Consumer Digital Bank in Latin America and the Caribbean, based on its strength of strategy, success in encouraging clients to use digital offerings, the growth of its digital customers and the breadth of its product offerings.