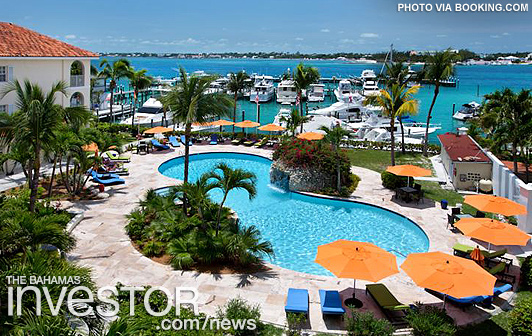 The Paradise Harbour Club & Marina is set to be transformed into an upmarket boutique resort, according to its new owners HotelConsult Bahamas Ltd who purchased the property this month.

The Paradise Harbour Club & Marina is set to be transformed into an upmarket boutique resort, according to its new owners HotelConsult Bahamas Ltd, which recently purchased the property.

In addition to the 18 condo hotel, the developers have acquired the former Columbus Tavern restaurant and will invest around $7million to transform the property into a new resort.

“It is such a nice area, you have the marina, the harbour and the hotel. We want to redevelop the area as one and create a boutique resort and a new, modern restaurant,” says HotelConsult Bahamas CEO Chris Illing.

The Columbus Tavern, which has been closed since 2012, will be replaced with a new 80-seat restaurant featuring a contemporary design and making the most of the harbour views, according to Illing, who wants to attract both locals and tourists to the property. The hotel will undergo a light refurbishment to upgrade the facilities.

“We are going to offer everything an out island resort would offer and give a personalized service to our guests,” says Illing. “We want to offer a customized feel without breaking the bank.”

Illing, who has 25 years of experience in real estate and also owns Greenwood Resort in Cat Island, believes Paradise Island is a safe long-term investment for developers saying: “Paradise Island is very attractive for tourists – you have so much beachfront, the peace and quiet, it is accessible, clean and safe. People see it as a large gated community.”

HotelConsult Bahamas intends to retain the Paradise Harbour Club & Marina name but the new restaurant will be entirely rebranded.

The resort is expected to be completed by the end of summer 2017.

The Bahamas is gearing up for the Junkanoo Carnival cultural event. Take a glimpse behind the scenes of the preparations here.