NEW YORK June 2015 (Marketwired) – The Honorable Obie H. Wilchcombe, Minister of Tourism, The Islands Of The Bahamas, spoke on a panel, joined by other Caribbean Tourism Ministers to discuss the significant Caribbean diaspora in the US, particularly the New York region, during Caribbean Week, hosted by the Caribbean Tourism Organization (CTO) on June 2nd, 2015. The panel, titled, “Bringing Home the Business – Tourism Investment Opportunities at Home,” was one of the headlining events of week-long Caribbean Week was held at Wyndam New Yorker Hotel in New York, New York.

The goal of the panel was to allow diaspora leaders to explore business and investment opportunities in tourism in their countries of origin, providing an avenue for networking, exchanging ideas on how Caribbean nationals living in New York and the US can continue to contribute to, and benefit from, Caribbean tourism.

Engaging with the Caribbean Diaspora community is integral to maintaining the relationship with those residing in the US. An exciting way to do this was presented by Minister Wilchcombe who said, “The Caribbean diaspora in New York and the greater US has exponentially grown over the years, bringing a wealth of Caribbean culture to the country and strengthening ties between the two regions. There are generations of Bahamians living in the US, bringing the vibrancy of their culture to the country, acting as ad hoc ambassadors to their country, adding to the melting pot of cultures that is representative of the US. The people of the Caribbean Diaspora should have an event in the US to celebrate the import of Caribbean icons. It could be call DIASPORA DAY.”

Minister Wilchombe was able to provide updates on the plethora of developments and investment opportunities in The Bahamas for the diaspora community, particularly in regards to the tourism industry, which is integral to the Bahamian economy. He spoke specifically, how lucrative opportunities were, particularly considering the popularity multi-destination travel throughout the Islands Of The Bahamas, as well as throughout the Caribbean, particularly through the cruise industry. The panel format allowed members of the Caribbean Diaspora to share their opinions on the matter during the discussion and engage in discussions regarding investment in tourism with the leaders of the different regions.

Some of the audience members asked Minister Wilchombe about the impact of IAAF (International Association of Athletics Federations) World Relays that took place in The Bahamas in May of this year as one of the most important sporting events to be held this year as it was one of the qualifying tournaments for the 2016 Summer Olympics in Brazil. Wilchombe said that not only was the Bahamian Diaspora interested in traveling to The Islands for the World Relays but international media were interested as well, especially when there was confirmation about Jamaican Olympic Gold Medalist Usain Bolt participating.

Participating in the panel was one of many events that The Bahamas has engaged in for Caribbean Week, the largest, most important regional tourism activity for the Caribbean in the US, typically attracting thousands of participants and extensive media coverage.

The Islands Of The Bahamas have a place in the sun for everyone from Nassau and Paradise Island to Grand Bahama to The Abaco Islands, The Exuma Islands, Harbour Island, Long Island and others. Each island has its own personality and attractions for a variety of vacation styles with some of the world’s best golf, scuba diving, fishing, sailing, boating, as well as, shopping and dining. The destination offers an easily accessible tropical getaway and the Bahamian dollar at par with the U.S. dollar. Do everything or do nothing, just remember It’s Better in The Bahamas.For more information on travel packages, activities and accommodations, call 1-800-Bahamas or visit Bahamas.com. Look for The Bahamas on the web on Facebook, Twitter and YouTube. 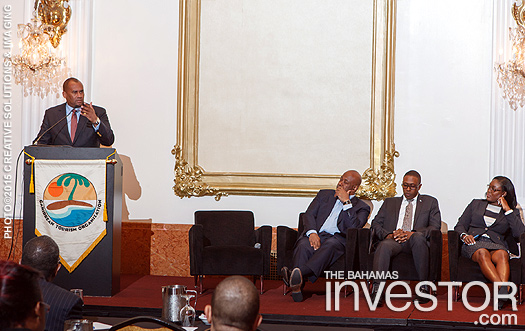 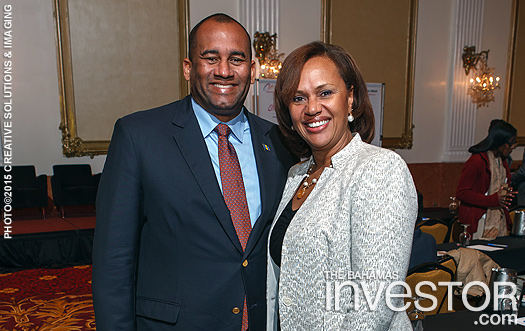 The Bahamas maintains a relatively stable environment for investment and demonstrates a long tradition of parliamentary democracy, respect for the rule of law and a well-developed legal system, and security of life and personal property, according to the 2015 Investment Climate Statement from the US Bureau of Economic and Business Affairs.

The Melia Nassau Resort on Cable Beach is partway through a multimillion dollar upgrade, which includes refurbished restaurants, lobby, bars and front desk. Watch an interview with Latoya Hanna-Moxey, senior leisure sales manager at the resort.