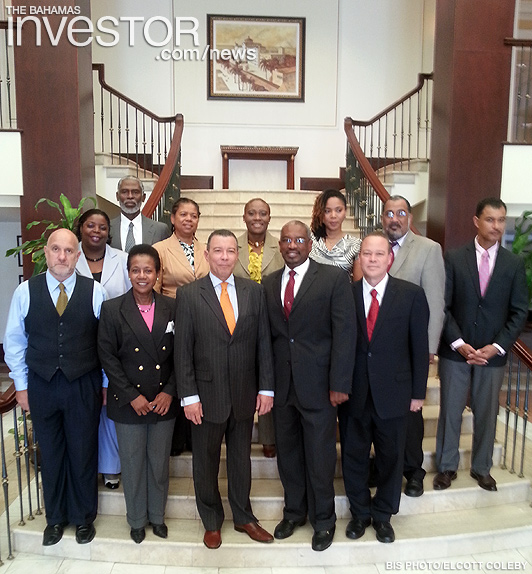 The exclusion of Bahamians from casino gambling will be considered by the Constitution Reform Commission, chairman Sean McWeeney confirmed.

The Commission continued its sessions at the end of last week.

Former permanent secretary Thelma Beneby is the secretary to the Commission. She will be assisted by Annie Lloyd, Darron Henfield, Sonobia Smith, and Veronica Frazer.

The issue as to whether the constitutional provisions dealing with the exclusion of Bahamians from casino gambling should be repealed “is a matter which will be considered by the Commission,” said McWeeney.

The Prime Minister recently said that casino gambling was not going to be included in the gambling referendum because it was a matter that he would prefer to be dealt with by the Commission as one of the exceptions to the provisions against discrimination.

Various members of the commission have indicated that they would also want the Commission to deal with this matter, said the chairman.

McWeeney confirmed that the Commission remains on track to report by the end of March 2013.

That will allow sufficient time for Cabinet and Parliament to deal with legislation for constitutional reform prior to the 40th anniversary of Independence in June.

To celebrate Thanksgiving and the arrival of its newest cruise ship, Carnival Breeze, to Miami, Carnival Cruise Lines is donating 137,500 meals to the Feeding South Florida charity and erecting a 50-foot-tall inflatable turkey atop the ship. Carnival has three ports of call in The Bahamas and another within the archipelago at Grand Turk, Turks & Caicos. Happy Thanksgiving.