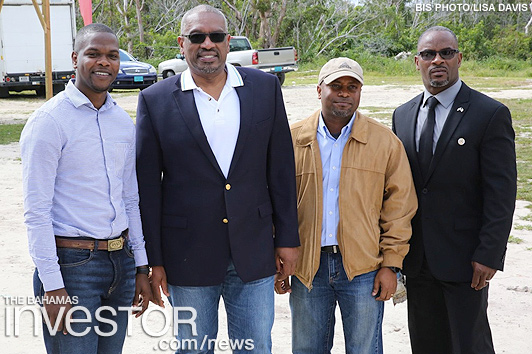 Speaking at the official opening of a new water park attraction at the Taino Beach resort on Grand Bahama, Prime Minister Dr Hubert Minnis has said that he believes that this year will be an excellent year for island. Pictured: Prime Minister, Dr Hubert Minnis (second left); Minister of State for Grand Bahama in the Office of the Prime Minister Kwasi Thompson (second right); Parliamentary Secretary in the Ministry of Works, Iram Lewis (right); and Parliamentary Secretary in the Ministry of Tourism, Travis Robinson. (BIS Photo/Lisa Davis)

Prime Minister Dr Hubert Minnis has said that he believes that this year will be an excellent year for Grand Bahama.

“My government seeks to encourage more of these Bahamian business ventures, particularly in Grand Bahama,” said the Prime Minister.

“I have been advised that the investment into this project totals some $1.4 million into the economy of Grand Bahama. I am pleased that Pirate’s Cove presently employs 30 persons directly, and they are all Bahamians. They also have an additional 30 persons who are indirectly employed by this entity.”

Prime Minister Minnis reiterated his commitment to the second city, noting that Grand Bahama has been a major focus of his government, and he vowed that they will continue to work towards its complete restoration.

The Prime Minister said he would continue to have a personal interest in Grand Bahama to ensure that the economy of the island is revived. He said he also has the same passion for the other islands, as well as the inner city of New Providence. 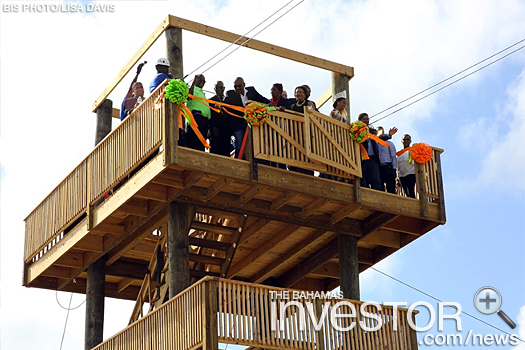 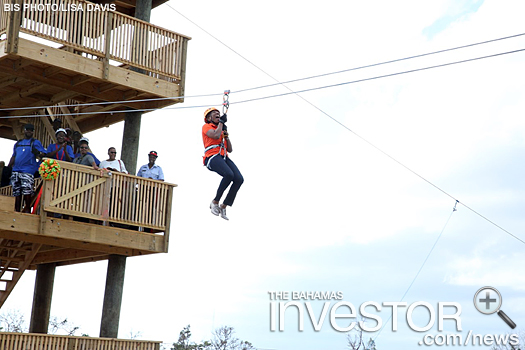 Preliminary indicators suggest that domestic economic activity continued to improve gradually during December 2017, according to the Monthly Economic and Financial Developments released by the Central Bank of The Bahamas. Read or download a copy of the report here.

The Organization for Responsible Governance and the University of The Bahamas among others, in association with the Inter-American Development Bank are hosting a Civil Society Conclave at the Atlantis Paradise Island resort 27 February.

Bahamas Civil Society Conclave to be held this month