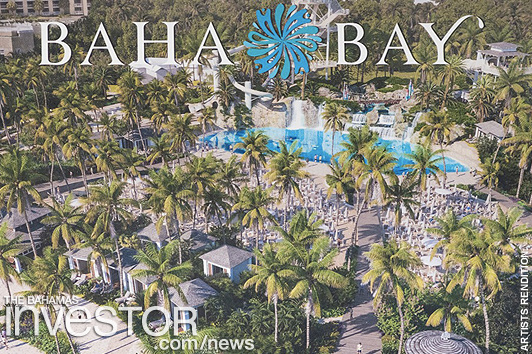 The government of The Bahamas has signed a $300 million agreement for the second phase of development of the Baha Mar Resort. Pictured: Artist's rendition of the new development at Baha Mar. (Courtesy BIS) 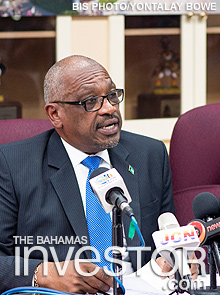 The government of The Bahamas has signed an agreement for the second phase of development of the Baha Mar resort October 16.

The approximately $300 million investment is expected to draw even more visitors to the country and will immediately provide 500 jobs during its construction phase. Job opportunities are expected to total approximately 1,000 in the long-term.

“Today’s signing for Baha Mar Phase Two is a wonderful expression of confidence in the dynamism, renewal and revival of tourism in The Bahamas,” said Prime Minister Dr Hubert Minnis at the signing ceremony held at the Cabinet Office.

The Prime Minister urged Bahamians to take advantage of this new opportunity and to do their part in ensuring that the economy rebounds from the impact of Hurricane Dorian.

The revenue from tourists visiting The Bahamas will play a vital role in reconstructing and rebuilding Abaco and Grand Bahama, said Prime Minister Minnis.

“Today’s signing is also an expression of confidence in the vitality of our country in the aftermath of Hurricane Dorian,” said the Prime Minister.

While Abaco and Grand Bahama were affected by Hurricane Dorian, the Prime Minister expressed confidence in the strength and diversity of the Bahamian tourism product.

“The world is coming to The Bahamas for our spectacular natural beauty. But the world is also coming to experience our culture and heritage, including the visual arts, which are prominently featured throughout Baha Mar,” said Prime Minister Minnis.

Baha Mar Phase II will include a major waterpark and entertainment amenity known as Baha Bay. The family friendly recreational area is geared toward all ages and will be heavily influenced by the natural environment.

There will be a public entry area where the general public can enter Baha Bay to enjoy the attractions and activities, according to the agreement.

The existing pier will be expanded to better allow for boats to more safely dock at the resort.

Upgrades will also take place to the Melia hotel including mechanical, electrical and plumbing as well as to the kitchen, convention and meeting spaces.

Long Cay, a private island owned by Baha Mar will see beach enhancements and the construction of new food and beverage facilities.

Prime Minister Minnis noted that this major project complements other tourism developments taking place throughout the country, including the revitalization and redevelopment of downtown Nassau and its environs, and the restoration of heritage and historical sites throughout New Providence.

“We look forward to the many economic and other opportunities this new phase will offer to Bahamians,” said the Prime Minister. 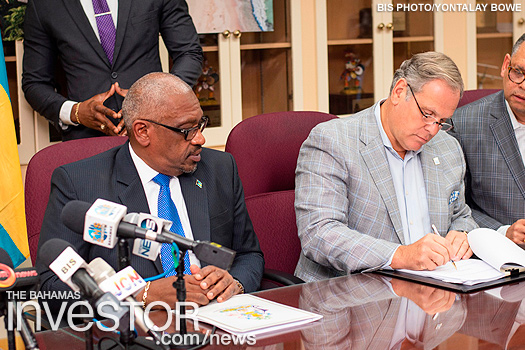 In the aftermath of Hurricane Dorian, The Bahamas must work to correct the misconception that the entire archipelago was affected, according to Dean Spychalla managing director of Valentines Residences Resort and Marina in Harbour Island.

The Bahamas government has welcomed a report by US-based rating agency Standard & Poor’s that early signs suggest that the country is well-positioned to handle the ongoing fallout following the passage of Hurricane Dorian last month.