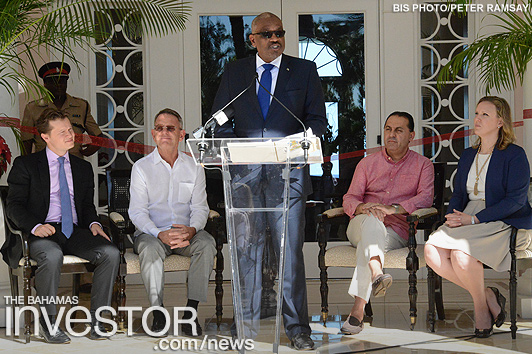 The alliance of two of the world’s more significant luxury brands on Paradise Island, both of which are respected globally for their upscale luxury and exquisite service, will further assist The Bahamas in its ongoing efforts to establish itself as a global luxury destination, according to Prime Minister Dr Hubert Minnis.

Addressing the opening of the newly branded Ocean Club, A Four Seasons Resort, on Paradise Island (formerly the One and Only Ocean Club) December 1, the Prime Minister said: “Today is a new day for Ocean Club, blending its history and charm with the ultra-luxury brand that is Four Seasons. Four Seasons Hotels and Resorts, is internationally known for its rich service culture, featuring personal service and attention to detail.”

“Ocean Club was one of the first resorts of its nature in the Caribbean [region]. It has a rich history that became synonymous with the emergence of Paradise Island as a luxury destination in the region.”

Prime Minister Minnis said the Ocean Club has become a symbol of luxury hospitality in The Bahamas and on Paradise Island.

“Indeed, the iconic resort became one of the signature properties on Paradise Island.” 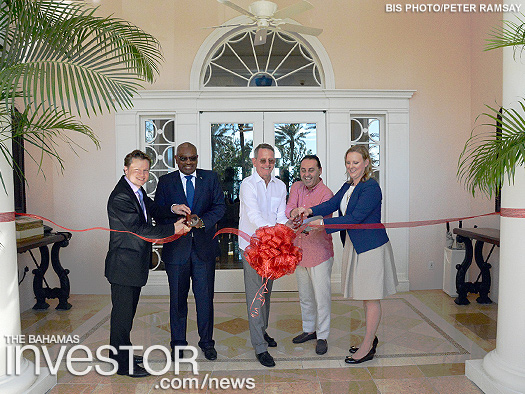 Real estate development financing firm Sterling Global Financial has announced it is set to launch a new advisory arm, to be headed by former Bahamas Minister of Investments Khaalis Rolle.

Society of Trust and Estate Practitioners has announced 34 new award winners in its Worldwide Excellence Awards.