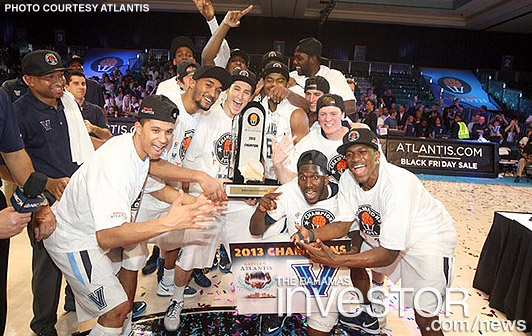 The 2016 Battle 4 Atlantis celebrates the sixth year of the elite collegiate basketball tournament, once again bringing eight US top teams to The Bahamas’ Atlantis Resort on Paradise Island.

The annual Battle 4 Atlantis once again falls during the Thanksgiving holiday, scheduled to take place November 23-25, 2016. The 12-game, three-day tournament is regarded as one of the most challenging early-season tournaments, following five years of high-level teams and success.

All games take place in the Imperial Arena, a half-million dollar temporary arena located on-property at Atlantis. The Imperial Arena, equipped with state-of-the-art regulation facilities, is just one of the iconic resort’s extraordinary features, in addition to other amenities such as the world’s largest open-air marine habitat, a 141-acre award-winning water park, the most exciting casino in The Bahamas, and a variety of guest accommodations and activities for everyone.

Caribbean Travel Marketplace, the region's largest marketing forum, will return to The Bahamas for the second consecutive year when the Caribbean Hotel and Tourism Association (CHTA) stages the event January 31 - February 2, 2017 at Atlantis Paradise Island.