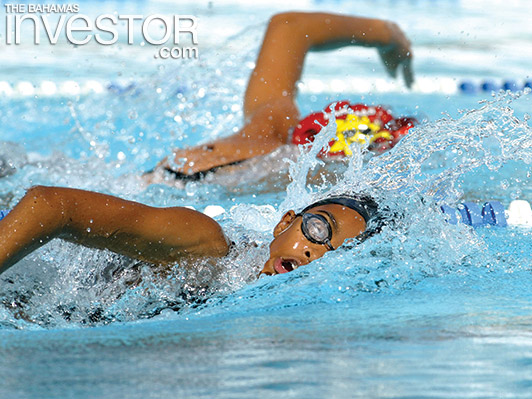 From the “golden girls” winning relay team of Sydney 2000 to sailing greats such as Sir Durward Knowles, The Bahamas has a strong sporting pedigree. With 10 Olympic medals to its credit, the island nation is now aiming to add to that tally at this year’s Olympics in London, competing at the world level in track, basketball, swimming and sailing, among others.

Looking to combine this sporting prowess with its natural draw as a popular tourist destination, The Bahamas is in the process of launching a national initiative to develop a niche market in sports tourism. These efforts are concentrated on two fronts: direct promotion of sports tourism, and the development of sports infrastructure.

Newly appointed Minister of Youth, Sports and Culture Daniel Johnson announced in May that his ministry will place a focus on sports tourism during this administration. “We are going to create the links between all the different elements in the tourism sector,” he said. “We want to concentrate on sports tourism because it is new; it is something everyone can get on board with and it will generate jobs across all different types of industries–from taxi drivers, to hotel and restaurant owners.”

Sports infrastructure
The centrepiece of the government campaign is the $30-million Thomas A Robinson National Stadium, a gift from the People’s Republic of China. The 190,000 sq ft stadium took two and a half years to build, can seat 15,000 and opened to great fanfare on February 25 this year.

The sports centre, combined with the plentiful, high quality resorts and hotels throughout The Bahamas, gives the nation a key advantage in the sports tourism market.

Economic engine
The tourism ministry under the previous government predicted a $12.3-million take in sports tourism in fiscal 2012, and a $100-million share by 2014. That would account for five per cent of total visitor stopovers. The current administration under Prime Minister Perry Christie is also confident that its efforts to promote the sector will bring in funds.

“Immediately we are looking at tens of millions of dollars,” says Johnson. “Particularly if we expand the range of sporting activities conducted here in The Bahamas. We can attract a range of sporting events that can mean big business. Sporting activities such as car racing, boxing events, tennis tournaments and … sailing. We have the facilities and infrastructure here to accommodate international events and we need to work hard to make The Bahamas an international sporting destination.”

According to the United Nations World Tourism Organization, sports tourism spending is especially resistant to economic downturns and remains relatively strong even as traditional tourism weakens.

Sporting events this year have already brought tangible economic results. Recent successes include Marathon Bahamas, which generated 3,000 room nights for the two-day event. Also successful was the Bahamas Open women’s pro tennis tournament, held in March at the National Tennis Centre in Nassau, which brought a flurry of tennis fans to the capital.

The economic lure of sports tourism comes from the “halo-effect” that surrounds these events. Fans, friends and families of the athletes follow their teams to the games, spending money on hotel rooms, meals, shopping and transportation. This is not only true of the big events, but also the smaller regional meets.

In fact, for the campaign to be successful, the government needs this kind of support at the grassroots level. The combination of government sponsored promotion and infrastructure development is the right mix, according to Ely Miles, director of local sports organization Bahamas Rugby. “There’s a crying need for more promotion,” he says, “and we can always use more and better facilities. So, these efforts will make things better for all sports people. And for everyone in The Bahamas, for that matter.”