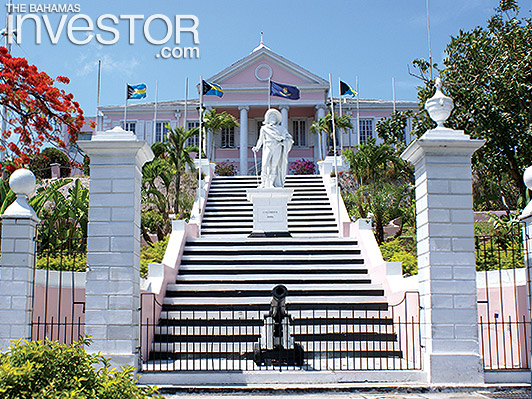 One of the key advantages that The Bahamas has as an offshore financial centre is the strength of its legislative framework. With around 1,000 lawyers in the jurisdiction, it is hardly surprising that the country has some of the most flexible and forward-thinking legislation in the region, particularly when it comes to financial services.

However, in an ever changing economic and regulatory arena, The Bahamas cannot afford to rest on its laurels. Consequently, at the end of last year, then Attorney General and Minister of Legal Affairs John Delaney presented to Parliament a compendium of financial services industry-related bills modernizing a range of acts and reflecting global trends in compliance, transparency and efficiency.

“The financial sector in The Bahamas is important to the economy and employment of Bahamians and therefore the social wellbeing of our community,” says Delaney. “Banking and trust operations constitute the largest share of the financial services industry in terms of assets, expenditure and employment. The government’s primary role is that of regulator. However, as the second industry of our economy, the government must also facilitate the growth, development and general wellbeing of the sector.”

Quick response
Within this context, Parliament moved quickly to pass the bills, but indicated that the industry would have a reasonable amount of time before they came into force. The first raft of bills primarily addressed two areas: requirements for methods of keeping accounts for certain relevant entities and arrangements; and correcting certain technical inconsistencies in provisions for access to information and the treatment of information under international tax agreements.

In total, seven of the bills addressed accounting to ensure that the industry in The Bahamas is in line with the G-20 and Organisation for Economic Co-operation and Development (OECD) requirements.

They are as follows:

Two further bills dealt with modernizing and improving the company liquidation regime (see sidebar) with a bill to repeal and replace Part VII of the Companies Act, which governs the winding up of companies. The proposed new companies’ liquidation regime will be applied to International Business Companies by the companion bill to amend the International Business Companies Act that incorporates the relevant parts of the Companies Act. The existing rules are to be replaced with the following new rules:

Wealth management
Of particular interest to certain members of the financial services sector are the bills to reform the wealth management sector. The Attorney General and law officers from the Law Reform and Revision Commission worked closely with the industry to provide four bills that are expected to go far to improve the quality and attractiveness of the trust services product offered in The Bahamas.

The new legislation helps The Bahamas retain a keen competitive edge in the international arena. “We are entering an important new phase for financial services in The Bahamas,” says Aliya Allen, chief executive officer and executive director of the Bahamas Financial Services Board (BFSB). “This new and revised legislation seeking to advance our legislative frontier to the forefront of client solutions is coming into force, concurrent with updates to the regulatory regime. These, we believe, will enhance our ability to service clients in an unprecedented manner.”

Enhanced legislative environment
By enhancing the legislative environment, the jurisdiction can continue to promote itself internationally with confidence and authority. “We are committed to developing The Bahamas brand,” says Delaney. “That brand will be synonymous with a clean environment and good regulation. We believe that in a world where personal wealth, commerce and investments are more mobile than ever, The Bahamas is perfectly positioned to be the smartest, safest and simplest financial centre for connecting the world’s fastest growing economies and for serving those wealthy individuals with them.”

However, regulators must remain vigilant. Speaking on the Rule Against Perpetuities (Abolition) Bill at a legislative seminar held in Nassau earlier this year, barrister and international trust expert David Brownbill cautioned that although the new legislation was a tremendous step forward, the process was ongoing and much work still needed to be done. “If you aim for perfection first time around, then you are never going to finish,” he said. “We may have not done everything right first time. There may be inconsistencies. We may have missed some opportunities. But this is a dynamic process and it doesn’t end here.”
For further details on specific acts visit the government website: www.bahamas.gov.bs.

Coming on the heels of amendments to the Trustee Act, Purpose Trust Act, and Rule Against Perpetuities Act, the BEE creates a new type of structure for use in offshore wealth management structures and sets a new standard of excellence for trust and estate planning.

The pioneering legislation establishes the BEE as a perpetual entity for the sole purpose of carrying out executive functions, such as acting as a shareholder of a Private Trust Company (PTC) or as a Protector, Enforcer, Advisory Board or corporate director.

The advantages of the BEE lies in its ability to remove unnecessary layers of ownership at the top level of wealth structures, to concentrate control in the right people who have the assurance of limited liability and to generally facilitate proper governance within the structure to avoid the risk of family conflict damaging the family wealth.

The new face of the insolvency regime in The Bahamas
By Edmund Rahming
Historically, insolvency procedures in The Bahamas have been governed through the application of the Companies Act, 1992 and the International Business Companies Act, 2000. While these laws worked well for many years, there was a need to modernize them given the economic development in The Bahamas and our status as a prominent offshore financial centre.

In December of 2011, the Companies (Winding Up Amendment) Act, 2011 (referred to here as the Law) was enacted, replacing Part VII–the Winding up of Companies provisions of the Companies Act, 1992 and introducing a new Part VIIA–the International Cooperation provisions.

In addition to the Law, three complementing rules and regulations are set to be promulgated in 2012. They include the Companies Winding Up Rules, 2012, the Foreign Bankruptcy Proceedings (International Co-operation) Rules, 2012, and the Insolvency Practitioners Regulations, 2012.

There are three key areas of improvement that will result when the Law comes into effect this year. They are as follows:

Edmund Rahming
Edmund Rahming is the managing director of KRyS Global’s Bahamas office. He has more than 14 years of experience in insolvency, fraud and forensic accounting investigations and litigation-related financial analyses.