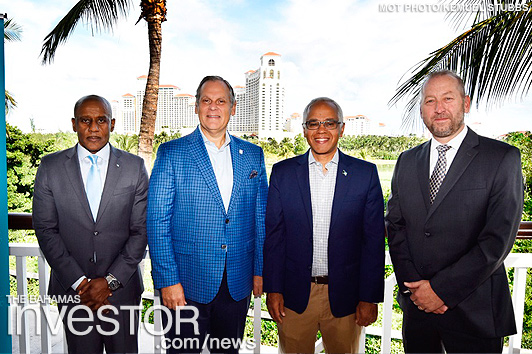 International sports management company bdG Sports has announced that the 2020 The Bahamas Great Abaco Classic will be moved to Royal Blue Golf Club at Baha Mar due to Hurricane Dorian’s impact on Great Abaco.

The Korn Ferry Tour tournament, which features 132 professionals vying in the year-long series to earn their PGA TOUR card, will be played January 16-22 in its traditional role as the second event of the new season, following The Bahamas Great Exuma Classic, which is played the week before at Sandals Emerald Bay.

“We look forward to welcoming The Great Abaco Classic to The Royal Blue Golf Club in January,” said Graeme Davis, president, Baha Mar. “Everyone at Baha Mar is committed to the recovery and rebuild of the Abacos and we knew how important it was to keep this tournament in the beautiful nation of The Bahamas until its return to Great Abaco.”

Hurricane Dorian created catastrophic damage as a Category 5 hurricane – the strongest storm to ever hit The Bahamas – when it slammed into the Abacos in September. The Abaco Club, where the event has been played the past three years, officially re-opened this month, but the hurricane took aim on Marsh Harbour, the island’s largest town, and left nearly every home and business damaged.

Progress on rebuilding Abaco is underway, but the island is not equipped to house the nearly 500 visitors for a week, including golfers, caddies, tournament officials, broadcast production staff, and fans.