The Hero World Challenge takes place in Nassau this week, bringing 18 of the world’s best players to the Albany Resort to compete for the $1 million prize.

Hosted by Tiger Woods, the high-profile tournament is one of the biggest events in the Bahamas’ sport and tourism calendar.

The event is shown around the world via coverage from NBC and the Golf Channel and brings hundreds of players, international media and golf enthusiasts to The Bahamas during the course of the week-long tournament.

This year Woods will be taking to the course alongside big name players such as defending champion Jon Rahm, 2017 winner Rickie Fowler and three-time major championship winner Jordan Spieth.

The 2019 Hero World Challenge runs December 1-7 and proceeds from the event support the TGR Foundation and ONE Bahamas Fund. The tournament is challenging players to support The Bahamas’ hurricane recovery efforts by donating $500 to the ONE Bahamas Fund for every birdie, $1,000 for an eagle and $2,500 for a hole in one. 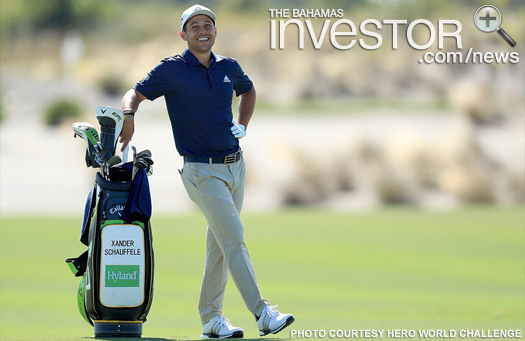 The Bahamas Development Bank is in the midst of a major reform effort to ensure that it can meet international expectations for national development, including support for the United Nations sustainable development goals.

Internet leaders gathered in the Caribbean this week to discuss how the region can develop its digital infrastructure.