The first ever summit of its kind in Grand Bahama is expected to attract technological experts and innovators and perhaps lay the foundation for a Grand Bahama Tech Hub.

“From all indications, this summit is going to be much bigger than we anticipated,” said Minister of State for Grand Bahama Kwasi Thompson, who has been a strong advocate of making Grand Bahama the technology hub of The Bahamas. 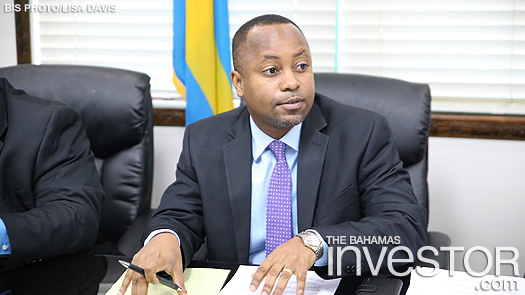 Pictured: Minister of State for Grand Bahama, Senator Kwasi Thompson, speaks during a meeting to finalize plans for the hosting of the GB Technology Summit, November 9-10, 2017 at Grand Lucayan resort. (BIS Photo/Lisa Davis)

“As Grand Bahamians, all of us have a stake in making sure that this summit works and that it works well.”

Minister Thompson said that the summit has drawn a lot of international attention and interest from companies far and wide.

Many of those companies have translated that interest into action and have registered to be a part of the conclave. Companies from throughout the US, in Canada, the Caribbean and as far away as Africa have signed on to be a part of it.