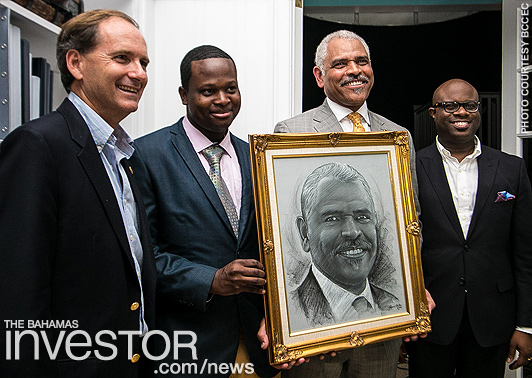 Donald has steered the massive cruise line company for less than two years, sailing through challenges to emerge as a $33-billion corporation with nine cruise ship brands and 121,000 employees.

Donald’s visit to The Bahamas, along with other Carnival execs, was arranged by the American Embassy. Donald used the occasion at the Billfish Grill at Palm Cay to remind the audience and media of the company’s role as the number one provider of visitors to the country–including 95 per cent of all cruise passengers to Grand Bahama and 65 per cent to Nassau, but he also urged care and attention to costs, security and overall visitor experience.

Recognized as one of the top 50 most influential black executives in America, Donald got his first taste of the cruise business as a passenger as a young man. After heading up numerous other successful businesses and serving on presidential, hospital and university boards, he took over the reins of the world’s largest leisure cruise business in June 2013 from Micky Arison who continues as chairman.