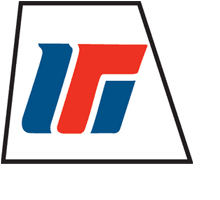 Felipe Menéndez, Ultrapetrol’s President and Chief Executive Officer, said, “During 2011, quarter by quarter, we made progress implementing our growth strategy as we took delivery of a number of the assets we invested in over the past few years.”

Mr. Menéndez continued, “For the fourth quarter, we increased Adjusted Consolidated EBITDA by 61% over the same period of 2010. This was a result of strong Adjusted EBITDA growth in both the River and Offshore Supply businesses. Notably, the fourth quarter was the first full quarter in which we operated eight vessels in our Offshore business.”

Mr. Menéndez concluded, “We look forward to taking delivery of four additional new PSVs, which will enable the Company to grow its PSV fleet to twelve. Importantly, the first of these four vessels is scheduled for delivery in May 2012 and has already been chartered in Brazil for four years at a strong rate. Our River Business continues to grow and the long-term prospects of this business remain very strong. While 2012 results in our River Business are expected to be affected by the drought experienced in the area of influence of the Hidrovia, we have partially compensated the reduction in agricultural production with larger quantities of iron ore. Our new container operation has remained very active and we are optimistic about future growth prospects in the sector. Finally, our Product Tanker fleet continues to be employed in the South American trade on charters with oil majors.”

Len Hoskinson, Ultrapetrol’s Chief Financial Officer, said, “In 2011 we transitioned the Company so that its earnings now reflect the growth in its River and Offshore Supply businesses. Our debt profile includes medium to long term loans with debt service arranged to be serviced from free cash flow of the underlying asset. As a result we have balanced yearly principal repayments in the medium term and we have no refinancing requirements in the near term. Additionally, we are in compliance with our covenant requirements and are committed to maintaining a strong financial position for the benefit of our shareholders.”

The River Business experienced a 14% increase in the volume of cargo transported in the full year 2011 as compared with the same period of 2010.

Full year and fourth quarter 2011 River segment adjusted EBITDA was $31.4 million and $10.6 million, respectively, versus $26.2 million and $3.9 million in the same periods of 2010, equivalent to an increase of 20% and 172%. For a reconciliation of segment adjusted EBITDA to operating profit (loss), please see the tables at the end of this release.

In the fourth quarter of 2011 we satisfactorily resolved a dispute in respect of an underperforming iron ore contract for which we received a $5.3 million settlement.

The soybean crop in Paraguay for 2011 was 8.4 million tons. In its latest report issued on March 12, 2012, the USDA estimates that the soybean crop in Paraguay will likely decrease to 5.0 million tons in 2012, a decrease of 40% year on year. This decrease is mainly attributable to the effects of a severe drought and higher than average temperatures in January and February in large parts of Argentina and central Brazil as well as Paraguay. Soybean and particularly the early variety crop in Paraguay suffered severe impacts on their yields. However, the long-term growth prospects of the agricultural sector along the Hidrovia continues unabated as the seeded area is expected to continue to grow. This steady long-term growth trend represents an important demand driver for Ultrapetrol’s River Business. Partially offsetting the milder prospects for agricultural products in the Hidrovia, iron ore production in the three mines connected with the river system has increased substantially. We have gone early in the year into the market to fix the available capacity left by agricultural products on contracts for carrying iron ore. Although these ore volumes will partially replace volume-wise the decrease in soybean cargo, such replacement will come at lower margins due to the longer round trips associated with iron ore and consequent higher fuel consumption. The Company continues to add capacity and implement various margin-expansion initiatives as we position Ultrapetrol to profitably capitalize on the long term growing demand.

The Company’s barge building shipyard, which is the most modern in South America, has been in operation since the first quarter of 2010. We believe this shipyard will allow the Company to meet the incremental demand growth resulting from the projected increases in volumes of liquids, soybeans and iron ore produced in the region, as well as the need to replace a large proportion of the river system fleet within the next five years. The Company also builds jumbo barges for third parties in its Punta Alvear Yard and as part of that effort built and delivered twenty jumbo barges for third parties in 2011. The Company has successfully continued its re-engining and re-powering programs that aims to convert engines on eleven of its main pushboats from diesel to heavy fuel consuming. Four fuel-consuming pushboats are now in operation and two more will commence operation at the end of the second quarter. We expect this program to lead to substantial savings in fuel expense and to an increase in tow size and navigation speed.

In the Offshore Supply Business, we operated seven vessels since March 2011, and repositioned our UP Jasper from China to the North Sea, where she commenced service in October 2011, thus effectively operating eight PSVs during the fourth quarter of 2011. The adjusted EBITDA generated by the Offshore Supply segment during the full year and fourth quarter of 2011 was $19.9 million and $6.0 million, respectively, or 15% and 33% higher than the $17.3 million and $4.5 million respectively generated in the same periods of 2010. For a reconciliation of segment adjusted EBITDA to operating profit (loss), please see the tables at the end of this release.

Total revenues from the Offshore Supply Business for the full year and fourth quarter 2011 increased by 19% and 21% respectively against the same periods of 2010. The 21% increase was primarily attributable to the operation of our UP Turquoise for the full quarter and a 10-day spot operation for the UP Jasper while repositioning from China to the North Sea followed by her employment in the North Sea on a time charter.

In Brazil, operating costs, particularly manning costs, have increased primarily from the revaluation of the local currency and inflationary pressure on salaries and expenses both of which affected our earnings during parts of 2011.

As planned, Ultrapetrol continues its building program in India that will add four new vessels to the fleet and increase capacity by approximately 50%. We expect to take delivery of the first of these four PSVs during the second quarter of 2012.

The Company believes that the Brazilian market will grow substantially due to the support of Petrobras’ aggressive capital expenditure plans, while the activity in the North Sea has increased. In addition, Ultrapetrol’s fleet has the advantage of being very modern and technologically capable of supporting deep sea oil drilling.

The 16% yearly increase in revenues from $56.1 million to $65.3 million is mainly attributable to two factors: 1) the operation of our container feeder vessels, Asturiano and Argentino for the full year 2011, which started operations in May 2010 and January 2011 respectively; and 2) the effect of the adjustment in the hire of our Product Tanker fleet to reflect increased manning costs. These effects were partly offset by the sales of some of our Capesize vessels during 2010, which contributed significantly to our revenues until the sale of Princess Katherine in September 2010.

The Company operated a total of four vessels in its Product Tanker fleet in the full year and fourth quarter of 2011 (Miranda I, Amadeo, Alejandrina, and Austral) which continue to be employed in the South American coastal trade on charters with oil majors that operate in the region.

In our Ocean Business, again inflationary pressures particularly in manning costs not compensated by a proportional devaluation of the local currency against the U.S. dollar have resulted in an increase in operating costs. The volumes in our container service particularly in the southbound leg have been sustained at high levels. If this tendency continues we will obtain a better than expected result from this business in the coming year.

Use of Non-GAAP Measures

Ultrapetrol believes that the disclosed non-Generally Accepted Accounting Principles (“GAAP”) measures such as adjusted EBITDA, adjusted net income and any other adjustments thereto, when presented in conjunction with comparable GAAP measures, are useful for investors to use in evaluating the liquidity of the company. These non-GAAP measures should not be considered a substitute for, or superior to, measures of liquidity prepared in accordance with GAAP. A reconciliation of adjusted EBITDA to segment operating profit and cash flow from operations is presented in the tables that accompany this press release.

Ultrapetrol will host a conference call for investors and analysts on Friday, March 16, 2012, at 10:00 a.m. ET accessible via telephone and Internet with an accompanying slide presentation. Investors and analysts may participate in the live conference call by dialing 888-566-6146 (toll-free U.S.) or +1-630-395-0200 (outside of the U.S.); passcode: ULTR. Please register at least 10 minutes before the conference call begins. A replay of the call will be available for one week via telephone starting approximately one hour after the call ends. The replay can be accessed at 866-423-4833 (toll-free U.S.) or +1-203-369-0845 (outside of the U.S.); passcode: 31612. The webcast will be archived on Ultrapetrol’s Web site for 30 days after the call.

Ultrapetrol is an industrial transportation company serving the marine transportation needs of its clients in the markets on which it focuses. It serves the shipping markets for containers, grain and soya bean products, forest products, minerals, crude oil, petroleum, and refined petroleum products, as well as the offshore oil platform supply market with its extensive and diverse fleet of vessels. These include river barges and pushboats, platform supply vessels, tankers and two container feeder vessels. More information on Ultrapetrol can be found at www.ultrapetrol.net.

The forward-looking statements in this press release are based upon various assumptions, many of which are based, in turn, upon further assumptions, including without limitation, our management’s examination of historical operating trends, data contained in our records and other data available from third parties. Although we believe that these assumptions were reasonable when made, because these assumptions are inherently subject to significant uncertainties and contingencies which are difficult or impossible to predict and are beyond our control, we cannot assure you that we will achieve or accomplish these expectations, beliefs or projections.

In addition to these important factors, other important factors that, in our view, could cause actual results to differ materially from those discussed in the forward-looking statements include future operating or financial results; pending or recent acquisitions, business strategy and expected capital spending or operating expenses, including dry docking and insurance costs; general market conditions and trends, including charter rates, vessel values, and factors affecting vessel supply and demand; our ability to obtain additional financing; our financial condition and liquidity, including our ability to obtain financing in the future to fund capital expenditures, acquisitions and other general corporate activities; our expectations about the availability of vessels to purchase, the time that it may take to construct new vessels, or vessels’ useful lives; our dependence upon the abilities and efforts of our management team; changes in governmental rules and regulations or actions taken by regulatory authorities; adverse weather conditions that can affect production of the goods we transport and navigability of the river system; the highly competitive nature of the oceangoing transportation industry; the loss of one or more key customers; fluctuations in foreign exchange rates and devaluations; potential liability from future litigation; and other factors. Please see our filings with the Securities and Exchange Commission for a more complete discussion of these and other risks and uncertainties.

The following summary financial information set forth below is for the years ended December 31, 2011, 2010, 2009, 2008 and 2007 and has been derived from the Company’s Financial Statements. Operations of our Passenger Business are presented as discontinued operations on a net of tax basis.