Minister of Tourism and Aviation Vincent Vanderpool-Wallace delivered remarks at the official opening of the Balmoral Tower at Sandals Royal Bahamian during a reception held March 19.

Vanderpool-Wallace said Sandals has made a major contribution to the Bahamian economy. The Minister also participated in a ribbon-cutting ceremony.

The renovation cost $17.5 million and includes a luxury penthouse suite and “oversized” balconies. (more photos after the jump) 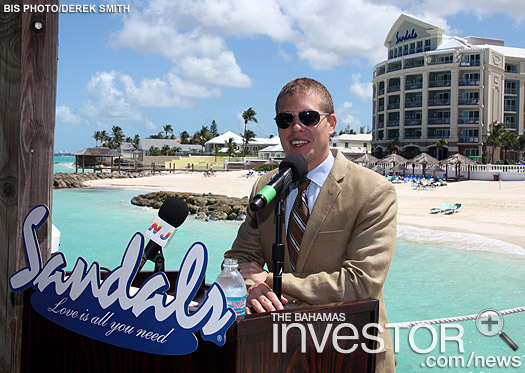 Sandals CEO Adam Stewart speaks to members of the local and international press during the official opening of the Balmoral Tower at Sandals Royal Bahamian. (BIS Photo/Derek Smith) 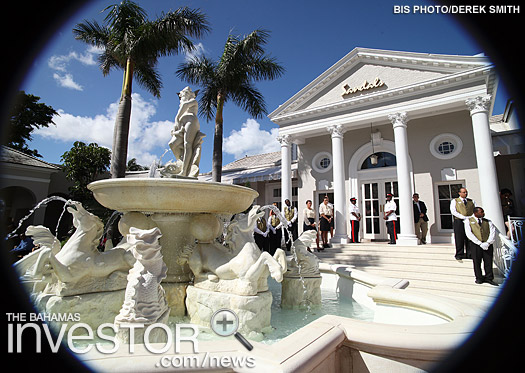 Members of staff line the entrance of the newly renovated Balmoral Tower during a reception and ribbon-cutting ceremony held March 19. (BIS Photo/Derek Smith) 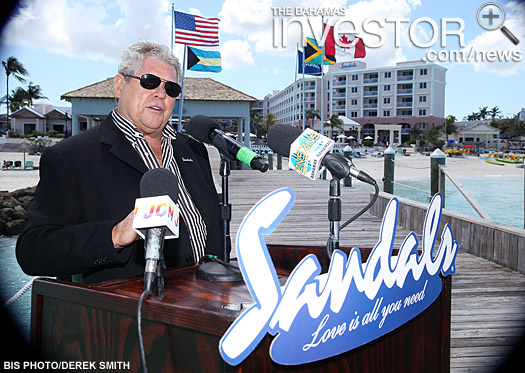 Sandals Chairman, Gordon ‘Butch’ Stewart responds to questions during a press conference held at the Sandal Royal Bahamian during the official opening of the Balmoral Tower. (BIS Photo/Derek Smith) 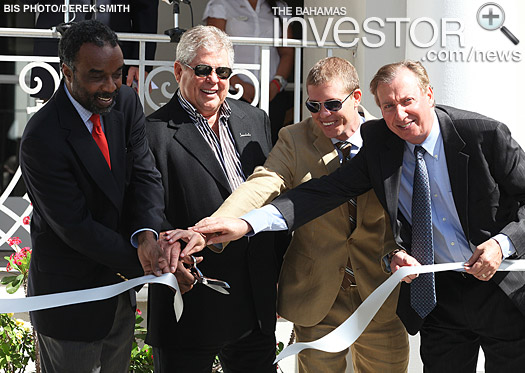 The Ministry of Finance has finalized an agreement with the Inter-American Development Bank to finance aid for small and medium sized enterprises in The Bahamas. The fund is worth $430,000.