The official opening of Arawak Port Development (APD) Ltd marked “a red-letter day” in terms of the ongoing development of a new port of Nassau, according to Prime Minister Hubert Ingraham. 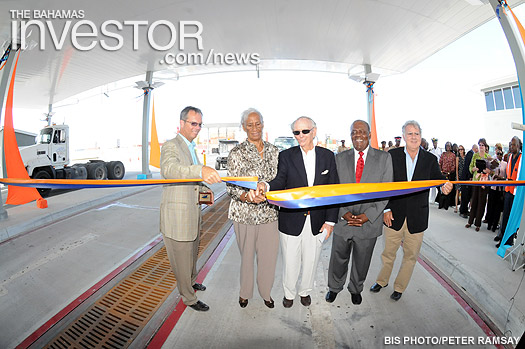 Although it has been in operation for quite some time, the port facility was officially opened for business May 3 at Arawak Cay.

Recently APD offered some 20 per cent of its shares to the public. The founding shareholders were excluded from this offering.

Collectively, the government, the wider public and pension funds own 60 per cent of the port operations.

At present, some 11,065 Bahamians are now shareholders in this lucrative sector.

“How significant, and what a cause for celebration, that the men and women who run and service the container ships and this port from the ground now own shares in its operation and success,” said Ingraham at the opening.

“That the children of stevedores and seamen of yesteryear now own shares in a new 21st century Port of Nassau is a mark of considerable progress and an accomplishment of great note.”

A key part of the revitalization of the country’s historic city centre, the relocation of the container port from downtown Nassau freed up prime property for touristic and other commercial developments. 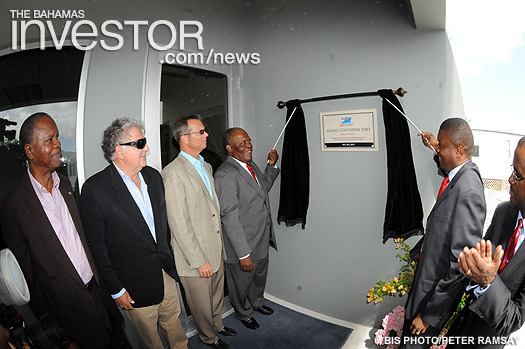 New $2.3-million Fish Fry and Cultural Centre is to be built at Eight Mile Rock, Grand Bahama. Noula Investment Company has been awarded the contract to construct the new facility.

Buckeye Partners LP today reported net income attributable to Buckeye's unitholders for the first quarter of 2012 of $52 million, according to press release distributed through GlobeNewswire.