HOME >
News & Press >
Ministers in high level talks in US

Ministers in high level talks in US

While in Washington DC the team also met with Ambassador Luis CdeBaca who heads the Department of State’s Office that monitors and combats trafficking in persons globally.

These meetings follow on the heels of two days of bilateral talks between the two countries in Nassau in December 2012, culminating in the signing of an Amended Letter of Agreement (ALOG) and support of $2 million through the Caribbean Basin Security Initiative (CBSI).

The Washington DC meetings with Eric Holder and Ambassador CdeBaca provided an opportunity for both countries to review the progress made to date and to continue to develop the initiatives explored during the December 2012 meetings. 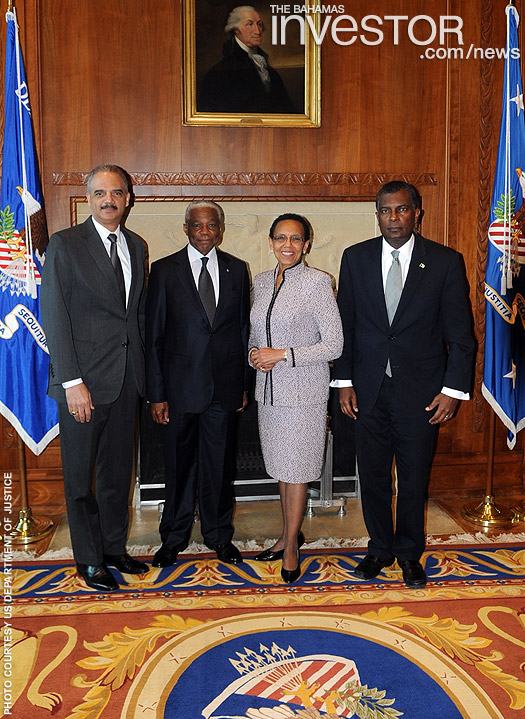 Minister for Grand Bahama Michael Darville said during an address at the Career Tech Exhibition 2013 March 21 that industry and technical training will help equip Grand Bahamians with the right tools to realize economic prosperity.