The men's 4 x 400 m Olympic gold medal winning team was welcomed to Eleuthera on August 22, with a day of celebrations. See the photos after the jump.

The men’s 4 x 400 metres Olympic gold medal team was welcomed to Eleuthera on August 22, with a day of celebrations and a tour of the island.

Starting at the North Eleuthera Airport, medal winners Chris Brown, Ramon Miller, Demetrius Pinder and Michael Matthieu then travelled to Harbour Island for breakfast at the Tingum Village Hotel followed by a motorcade.

The tour then took in the Glass Window Bridge, Gregory Town, Hatchet Bay and Governor’s Harbour, where a short ceremony was held.

They then continued into Rock Sound and Wemyss’ Bight, home of Chris Brown, where a street was named in his honour. (BIS Photos/Patrick Hanna) 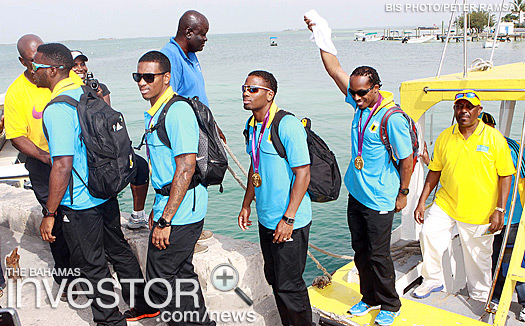 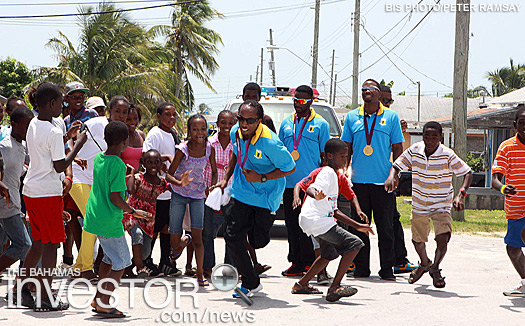 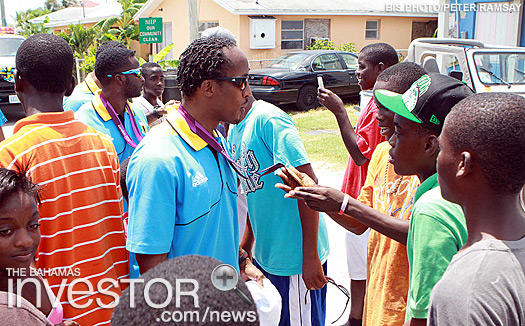 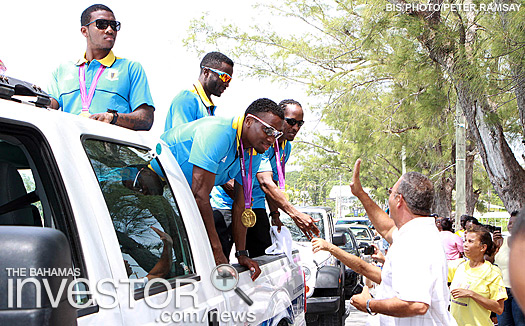 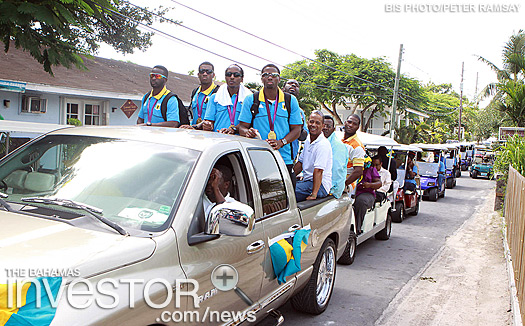 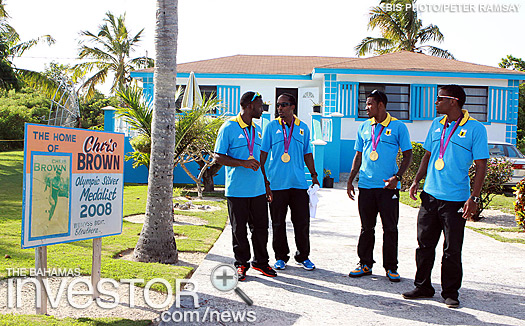 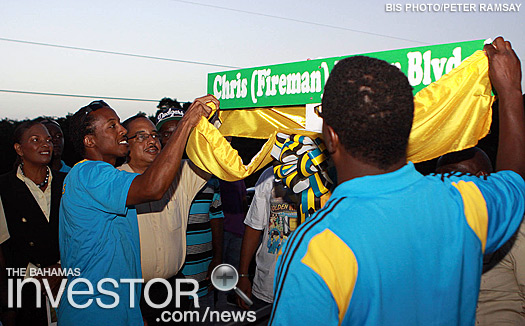 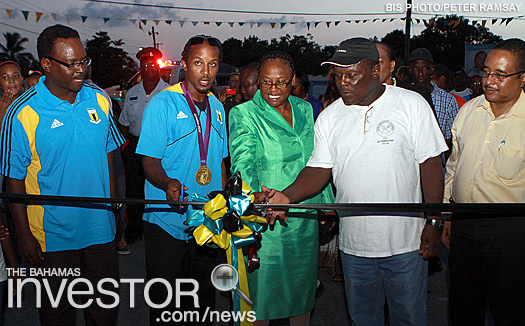 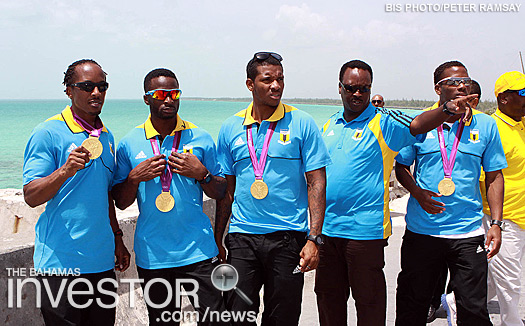 The 4x400m relay Olympic gold medal winning team will receive expenses paid cruises and a trip to Bimini courtesy of Bimini Bay resort. Tourism Minister Obie Wilchcombe made the announcement during a luncheon in their honour in Freeport, Grand Bahama. Watch a news report of the event here.