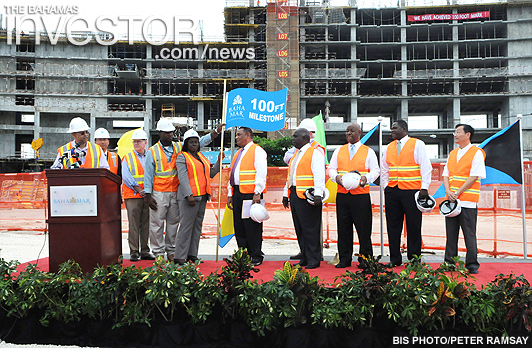 The Caribbean/Mexico hotel development pipeline totaled 124 hotels and 19,318 rooms in October, according to the STR Construction Pipeline Report released this week.

While Mexico leads the greater region with 2,627 rooms currently in construction, three other countries in the Caribbean have more than 500 rooms in the in-construction phase, according to STR.

The Bahamas currently has 2,250 rooms, a significant portion of which are due to the Baha Mar resort project (the largest-ever hotel project in the Caribbean). That project will also include a Jack Nicklaus Signature Golf Course, which will open late next year.

Puerto Rico’s total is getting a bump from Hyatt, which is currently developing three hotels on the island.

This is an excerpt from Caribbean Journal as it appeared on November 14, 2012. For updates or to read the current version of this post in its entirety, please click here.