With a booming market and more luxury developments coming on stream than ever before, the real estate industry faces a new era of compliance, industry leaders warned at the Bahamas Real Estate Association (BREA) held at the beginning of this month.

“This has been another interesting year with many obstacles and challenges,” BREA President Christine Wallace-Whitfield told a packed house at the Nassau Yacht Club May 1.

BREA put its intended goal to update 20-year-old legislation on hold in 2018 so it could turn its attention to incoming regulations that mean before turning over a key and collecting a commission, every sales associate will have to be certain that his or her firm’s broker has every detail of information available on the buyer, bringing the real estate industry and developers in line with what is expected of banks and law firms.

In meetings with government officials, BREA has contended that all finances go through law firms which already have – or should have – all financial information on their clients and asking the client to re-submit extensive background information to yet another source creates an undue and onerous burden on both parties.

According to broker David Morley, president of Morley Real Estate and chairman of the BREA Compliance Committee, “regardless of whether you touch the money, the new regulations make all licensed brokers gatekeepers”.

Morley told developers and brokers they had more than five years to prepare.

“The legislation stems from guidelines set by the FATF (Financial Action Task Force) in 2012,” he said. “The Bahamas waited until 2018. What is being asked of us is not unique to us in this country and it is not as onerous as it is in other countries.”

In some jurisdictions, brokers are required to file know your customer background information before leasing. In The Bahamas, it only applies to sales. Brokers that fail to comply can be fined $5,000 a day. Brokers are also required to hold that information on record for five years and then destroy. If records are held longer than five years, the fines can reach $20,000.

“The fines in this legislation are no laughing matter,” said Morley.

High on the list of non-compliance related matters at the AGM, BREA stepped up education and ethics, offered an advanced course in luxury property sales marketing by the American-based National Association of Realtors (NAR) leading to NAR certification. The course that was three years in the planning under sales associate Laura Kimble drew a record 35 persons. BREA plans an appraisal course later this year and intends to strengthen its basic entry level curriculum. It also wants to re-charge interest in Family Island branches.

Its other goal – ending the practice of foreign sales agents and brokers coming in to The Bahamas to sell property without going through a Bahamian real estate firm, a practice that is against the law but is challenging to enforce without evidence of the transaction having taken place and the foreign agent being paid. According to Wallace-Whitfield, BREA is working closely with officials to build awareness and ramp up enforcement.

Sales associates, brokers and developers who attended the meeting returned the full slate of officers and elected new directors. 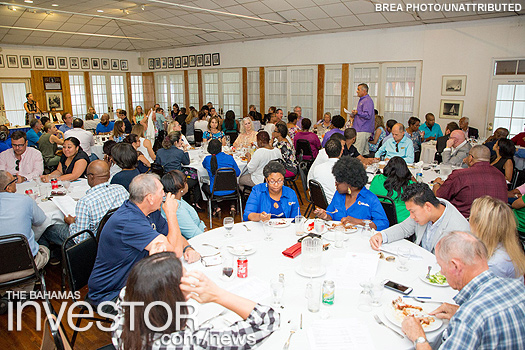 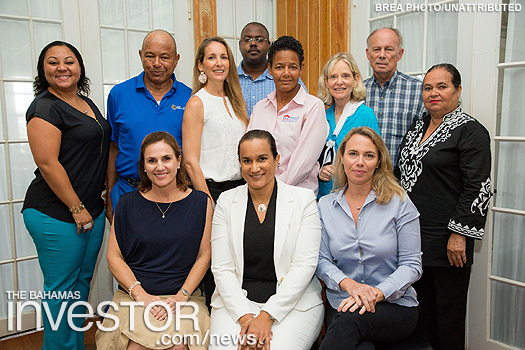 The National Accounts Section of the Department of Statistics has released the Annual Gross Domestic Product report for 2018 as compiled by the Production and Expenditure Approaches at the Department, May 13, 2019.