The Bahamas Ministry of Tourism and Aviation has been actively promoting the nation's aviation industry, worth an estimated $387 million per year.

The Bahamas Ministry of Tourism and Aviation has been actively promoting the nation’s aviation industry, worth an estimated $387 million per year. 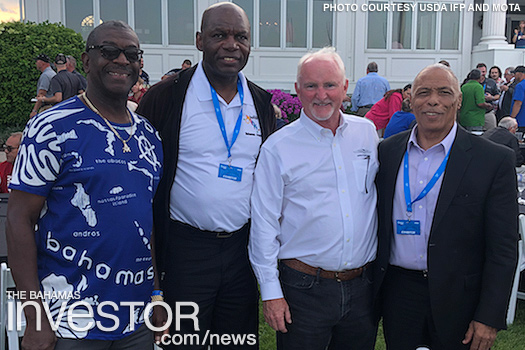 “The Bahamas receives an injection of a substantial amount of dollars into its economy from general aviation business derived from this show, which is especially beneficial for our Family Islands,” said Captain Rolle. 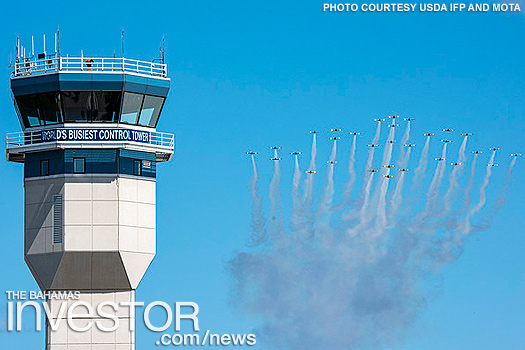 Pictured: Some 300 private pilots attended seminars conducted by The Bahamas MOTA team on flying to The Bahamas. (Photo courtesy of the USDA, IFP and MOTA)

“We have received an unprecedented number of enquiries and expressions of interest from visitors and other private pilots visiting our booth,” he added.

In 2018, The Bahamas reached a historic milestone in general aviation, and welcomed more than 122,000 private pilots to its islands, up from the previous year’s performance of 92,000 private pilots, and generated in excess of $387 million into its economy. 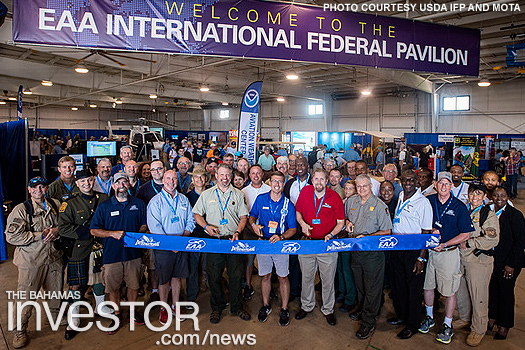 Pictured: The International Federal Partnership moved into a new pavilion at this year’s 2019 Airventure Oshkosh. On hand to join in the ribbon cutting exercise were all 17 federal government agencies and member countries, representatives, including The Bahamas aviation team. (Photo courtesy of the USDA, IFP and MOTA)

The Bahamas is also the number one ranked destination in the Caribbean region and Eastern Seaboard for general aviators.

The Bahamas is one of three nations, including the US and Canada that are members of the International Federal Partnership (IFP), consisting of federal government agencies committed to education, improvement and protection in aviation. 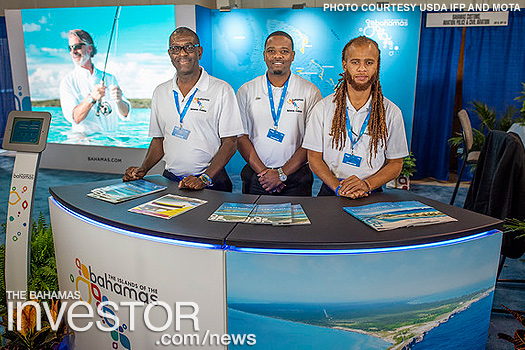 Pictured: Staff members of the Bahamas Ministry of Tourism and Aviation man the booth at the EAA AirVenture Oshkosh show. Left to right: Leonard Stuart, Ahmad Williams and Aram Bethell. (Photo courtesy of the USDA, IFP and MOTA)

The Ministry of Finance announced last week that Bahamas Government Registered Stocks have been approved for listing on the Bahamas International Securities Exchange.

The Bahamas is experiencing booming tourism growth on land and sea in 2019, according to a June The Central Bank of The Bahamas report. The territory’s visitor arrivals grew by 13.2 per cent in the first six months of the year, outpacing the 3.1 per cent increase recorded during the same period in 2018.