Minister of Foreign Affairs and Immigration Fred Mitchell is in Springfield, Illinois, today on an official state visit. 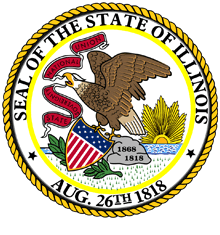 Minister of Foreign Affairs and Immigration Fred Mitchell is in Springfield, Illinois today on an official state visit.

The broad objectives of the visit are to strengthen diplomatic relations and bilateral cooperation between The Bahamas and the state of Illinois, given its “strengths in the sectors of manufacturing, agriculture and oil production, which are of interest to The Bahamas and our plan for future development,” said Minister Mitchell.

On April 16, the Minister is scheduled to address both the House of Representatives and the Senate in separate sessions. Later, Mitchell is scheduled to hold meetings with Governor of Illinois Patrick Quinn.

A 12-member team from the Ministry of the Environment are currently in Grand Bahama conducting a site inspection of the BORCO oil storage facilities. Pictured: Some of the team members at the BORCO facility pictured with BORCO's vice president of International Operations Robert Gaffney (second left), and Jeff Hollingsworth (third left), safety manager at BORCO. (BIS Photo/Simon Lewis)

John Watling’s Distillery opens today at the site of the newly renovated and legendary Buena Vista Estate in the heart of downtown Nassau.