Royal Bahamian Police Force receives vehicles worth around $350,000 in total in ceremony held on Wednesday. The donation is part of on-going joint efforts under the Caribbean Basin Security Initiative.

The US Embassy donated six sport utility vehicles valued at around $350,000 in total to the Royal Bahamian Police Force (RBPF) in a ceremony on December 14.

The donation is part of on-going joint efforts under the Caribbean Basin Security Initiative (CBSI) with the goal of combating the drug trade and other transnational crimes that threaten regional security. 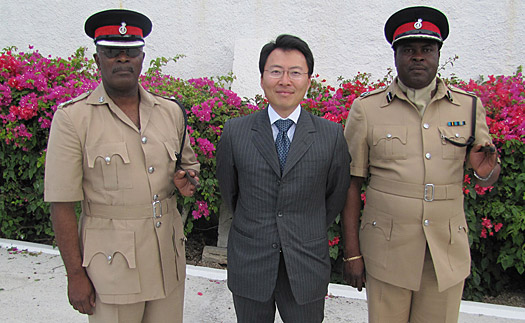