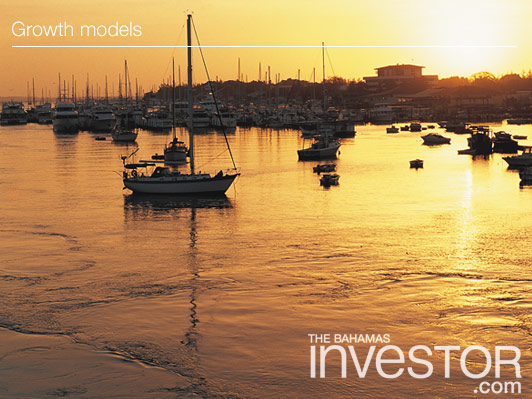 Why are some economies more successful in delivering economic prosperity and why do others fail so badly? The most recent success story of economic growth centres very much on the emerging markets, with China, India and Brazil as the most prominent examples. On the other hand, there are countries which have clearly failed with regard to economic prosperity. Measured by the United Nations Human Development Index, a number of African countries were poor 30 years ago and have remained so until today.

Growth theories suggest that the developments in demographics and productivity, as well as possible endowments in the form of natural resources, are the main drivers of prosperity. More recently, however, super powers and rich nations have focused more on boosting productivity. The dominance of higher productivity over more endowments has brought the way societies are organized to the centre of attention when it comes to economic success.

This short list is certainly not exhaustive. Furthermore, these aspects are of prime interest when analyzing current divergences in economic growth and wealth. 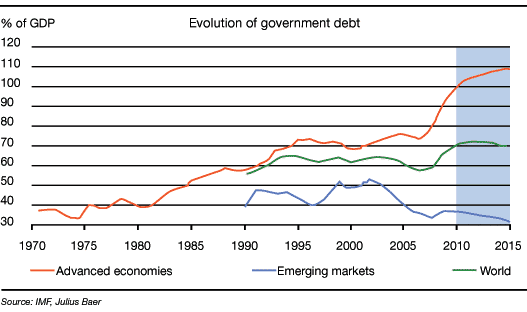 The ability of a society to increase productivity relies on a number of interdependent factors. Among them is an efficient incentive structure by the establishment of property rights, a fully functioning credit channel including appropriately regulated financial markets and the availability of credit. Furthermore, research and development and, even more importantly, innovation play a central role in achieving higher productivity.

Property rights essential
Property rights are an essential part of lending agreements. If a borrower is required to back a loan with his or her own property, a major incentive is created to use the borrowed capital efficiently. As in the worst case borrowers can lose everything, and they are strongly encouraged to work more or become more productive in order to avoid a default. Borrowing without the guarantee of private property, hence without any real incentive to service and/or repay debt, severely limits the positive impact that the availability of credit can have on economic growth.

The rise in public debt may also have an adverse impact on the incentives governing the relationship between borrowers and lenders. This can be illustrated by the structural break in the positive correlation between debt and wealth in the US.

As public debt is generally not guaranteed by private property, the incentive structure is partly invalidated. The fact that in the US private mortgages tend to be guaranteed only by the house itself additionally weakens the incentive structure of credit. This is in contrast to the situation in other countries, where private households can be obliged to use all of their assets to guarantee a loan. In those emerging economies where property rights are inadequately protected by the legal system, or where property is at risk due to political factors (corruption or other operational shortcomings), incentives to honour credit obligations in full may also be lacking, although significant progress has been made in this regard over the past decade.

Economic policy can stimulate and control debt-based growth not only by shaping incentive structures through legal frameworks, but also by appropriately regulating financial markets. However, the sheer complexity of contemporary financial markets does not make their regulation easy. The search of financial institutions for new areas of revenue has pushed financial innovations closer to the limits of regulation and comprehension. In some examples, economic policy makers were unaware of the risks of certain financial products while embracing them as catalysts for debt-based economic growth. Indeed, the liberalization of financial markets boosted the accessibility to credit of all kinds of quality and transparency, like highly complex products such as collateralized debt obligations (CDOs).

Following the recent global financial crisis, a prime example for the consequences of adverse incentive structures combined with complex financial innovations, we need to consider the prospects for credit-based growth over the next decade. In the aftermath of the financial crisis, the bias for financial market regulation has shifted towards tightening. Furthermore, in particular many developed economies have accumulated excessive debt levels–both private and public–which suggests a high need for deleveraging going forward.

Various empirical studies show that after periods of large debt accumulation–and correspondingly high growth levels due to debt-based growth–economies enter into cycles of “creditless (growth) recoveries.” It can be argued that following the last debt-spurred growth cycle, culminating in the financial crisis, developed markets are facing a prolonged period of less credit-driven (ie creditless) and hence sub-par economic growth, which is a direct consequence of deleveraging efforts and stricter financial regulation.

Nevertheless, the importance of credit to enhance growth is undisputed and the accessibility to capital markets is decisive in developing the capital base. A comparison between economies shows that emerging markets still have the potential to enhance their accessibility to financial markets. Ironically, among the developed markets it is the debt-troubled European economies that are increasingly lacking access due to their worsened credit ratings, whereas among emerging markets, Southeast Asian and Latin American debt policies are looking optimistic with regard to credit access.

Access to capital
For the citizens of many developing and emerging economies, however, access to capital is not as easy as in developed economies. Less developed economies often lack even the simple preconditions for a lending environment, such as basic means of communication or transportation. It is therefore not surprising that these economies have immense difficulty in generating a functioning and growing local entrepreneurship. In this regard, there are some promising approaches to start enabling access to capital for the local population, such as microfinance.

Microfinance aims at closing the gap by providing financial services to low or minimal-income clients in developing countries. Generally these clients are people who cannot provide collateral for a loan and/or suffer from illiteracy. Such access to financing is a huge advantage for both the individual and the economies concerned. It can spur the development of small businesses and self-employment and thus boost investment, as well as consumption. With a larger proportion of society gaining access to financial services, you would expect to see positive effects on overall economic growth.

Many examples for this development can be found in Latin America, Africa and Asia. Furthermore, efficient telecommunications networks, enabling large population groups to communicate cheaply and quickly by mobile phone, facilitate exchanges between the suppliers and consumers of goods and financial services better than ever before in the history of the emerging markets concerned. This is a rather new factor enhancing economic growth potential, which is important especially for emerging markets, as the construction of mobile phone networks is cheaper than a costly fixed-wire infrastructure.

New growth pattern
Certain excesses regarding the credit channel of growth, such as the neglect of proper financial market regulation, will be a headwind for economic growth in the developed economies concerned. This clearly strengthens the superior outlook of several emerging markets with powerful workforce dynamics: a number of emerging market economies with currently high birth rates and large proportions of very young population, such as the Asian economies India, Indonesia, Malaysia or Vietnam and South American economies such as Brazil, will be able to rely on very positive demographic trends going forward. In contrast, western European, North American and Australasian economies, but also developed Asian economies such as Japan, are expected to suffer from a distinct decline in the working-age population as a share of the total population, while their working population is already relatively small compared to the global average.

Demographics will thus become a major differentiating factor for the growth pattern in the next decade. On the other hand, knowledge, respectively knowledge management, as well as credible property rights will become the other key differentiating drivers.

Several emerging market economies, which lack knowledge and innovative capacities, have been gaining know-how through transfer from developed economies. As a result, many Asian economies, which gladly opened the production plants for developed markets, now boast companies that produce complex high-tech goods. Hence, for many emerging market countries it has become crucial to establish conditions that attract foreign investment and encourage the transfer of know-how to their economies.

However, there are limits to this know-how transfer as the stock of borrowable ideas is running lower. If emerging economies grow richer by relying heavily on the transfer of know-how instead of their own development, there is a considerable risk of a severe growth slowdown in the future. For example, the low innovation score of China or Russia makes these countries vulnerable.

The current growth models suggest that, on aggregate, growth opportunities for emerging markets will remain excellent in the next few years. Risks are mainly centred around the fact that current economic growth somewhat neglects profitability due to the lasting abundance of global savings.

Beyond the next one or two years, a number of emerging economies will leave the sheltered environment of catch-up growth and will face tougher challenges, which will result in lower growth rates. A number of developed economies, in particular those without natural resources, are already well positioned for growth thanks to their strong innovation backdrop and credible property rights. Developing the latter will be the major challenge facing still a vast majority of the emerging markets going forward, but allow for huge and still hidden growth potentials to be unleashed, if combined with a credible and functioning legal system.

For the time being, the credit channel in developed markets is impaired due to excessive debt levels and sluggish improvements in financial market regulation. It is expected that the opportunities will finally prevail over the risks in these markets, but only in the medium term, when deleveraging becomes more advanced and financial markets become better organized and regulated, creating incentives for the efficient allocation of capital. The ensuing investment boom thanks to demand from emerging markets will play a key role in improving the opportunities in developed markets in a few years’ time.

Asia-Pacific region presents challenges for The Bahamas, but the rewards could be great