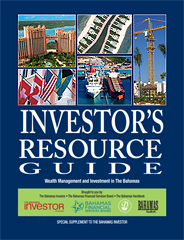 This information has been updated. View/download the latest changes in the 2017 Investor’s Resource Guide.

The BTCRA also facilitates cross-border supervision by foreign banking regulators of branches or subsidiaries in The Bahamas of entities that are regulated by that foreign regulator. Except in special circumstances authorized by the Bahamian inspector of Banks & Trust Companies, the foreign regulator may not access information relating to assets under management or deposit operations of individual customers. The BTCRA permits disclosure, “exceptions to a duty of confidentiality,” of banking information in the following circumstances:

In addition to receiving financial intelligence originating from suspicious transaction reports made to the FIU by financial institutions and other persons, the FIU is empowered to issue, administratively, an order for the production of information by persons.

Information in the possession of the FIU is subject to a duty of confidentiality, however, the FIU is authorized to disclose such information to the Commissioner of Police or to a foreign FIU, subject to conditions as may be imposed by the director of the FIU.

In compliance with the Organisation for Economic Co-operation and Development (OECD) standard for transparency and cooperation in tax matters, The Bahamas has a number of these treaties, called a Tax Information Exchange Agreement (TIEA). The Bahamas has long sought a level playing field on tax information exchange. Its decision to endorse and meet the OECD standard when a level playing field was achieved reinforces The Bahamas’ unwavering commitment to be a trusted jurisdiction for clients and to be a responsible member of the international community.

All of the agreements signed by The Bahamas are in accordance with the OECD model TIEA and Double Taxation Agreement. As such, the basis on which The Bahamas will cooperate with countries is the same as all countries that adopt Article 26. In particular, through the agreements, The Bahamas commits to cooperate only upon requests where specific information is provided. This requirement for specific information is critical in furtherance to The Bahamas’ stated position to prevent so called “fishing expeditions.”

Conclusion
The Bahamas remains strongly committed to the principle that persons have a right to privacy with respect to the conduct of their affairs. Moreover, respect for the rule of law always has been fundamental to the success and strength of the financial services industry in The Bahamas. As such, clients can be assured that The Bahamas will only exchange information on agreed and transparent protocols.

The Bahamas leads the field in the region for investment fund administration, primarily due to key funds industry legislation that sets the jurisdiction ahead of its rivals.

Tax law experts given an in-depth assessment of how US citizens can gain significant tax benefits from setting up operations in The Bahamas.